The winning film’s director will receive 1,000,000 yen.
A remarkable original first feature by a man who wanted to be a footballer before he became a director! This film explores the slow, painful death of villages in the Chinese countryside ― without sentimentality or easy nostalgia. And it does so with a startling gender twist.
Each image burns itself into the memory.
The FILMeX Grand Prix for 2016 goes to ZHI FAN YE MAO (Life After Life) by Zhang Hanyi.

The winning film’s director will receive 500,000 yen.
This Film is a loud cry of pain from a cruel civil war of the late 1980s. It shares the perspective of one woman, a wife who loses her husband and a mother whose struggle to hold her family together ultimately costs her the respect of her children.
An under-reported story from yesterday is made urgently relevant in the modern world.
Our Special Jury Prize goes to “Burning Birds”, directed by Senjeewa Pushpakumara.

“The World of Us” YOON Ga-eun (Korea / 2015 / 95 min.)
For her ability to tell a story and express the feelings of her young characters in a very sensitive and simple way. The director has successfully used close-up shots of the children in a way that captures our heart. To encourage a very promising debut of a young female director, we give a Special Mention to “The World of Us” by YOON Ga-eun.

What is “normal”?
The concept of normality hangs around us for as long as we live.
However, this film makes us aware that this concept is merely a subjective one.
Love, and a parent’s love for their child, are universal emotions.
This film depicts emotions that we all share, regardless of the environments in which we were born and raised, and most of all, its view of the world is utterly absorbing. What’s more, it stresses the importance of entertainment that also raises awareness of important issues.
We hope that viewers will reconsider the meaning of what it is to be “normal” through this superb film.
What is “normal”?

All films in this section will screen with English subtitles. 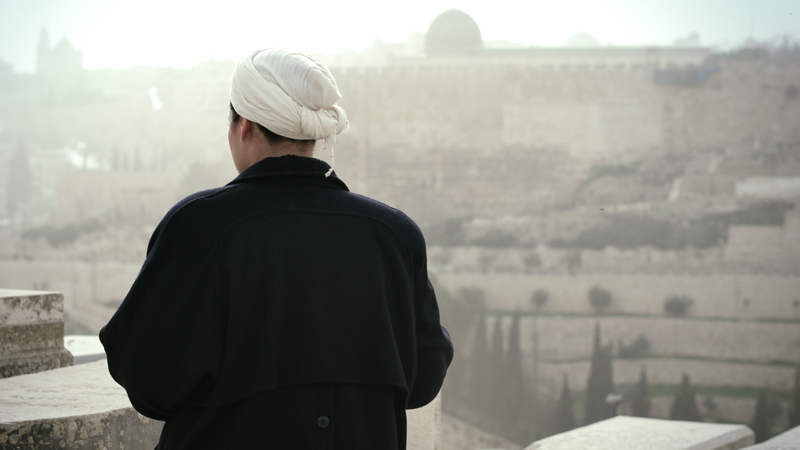 he protagonist of this film is Tzvia, a young housewife living in a home in the Jewish cemetery on the Mount of Olives in eastern Jerusalem. After her husband leaves for work and her children have left for school, she attends to house chores. But sometimes as if distracted, Tzvia wanders the cemetery. One night, she impulsively goes out and witnesses a man and woman immodestly embracing one another in the cemetery. At that moment Tzvia's monotonous life takes a significant turn.... Amid the backdrop of a rigid Jewish household in Israel, this directorial debut by Yaelle KAYAM stoically depicts the process by which a housewife living a reserved life discovers a world she had never imagined. The film screened in the Orizzonti section of the Venice Film Festival. 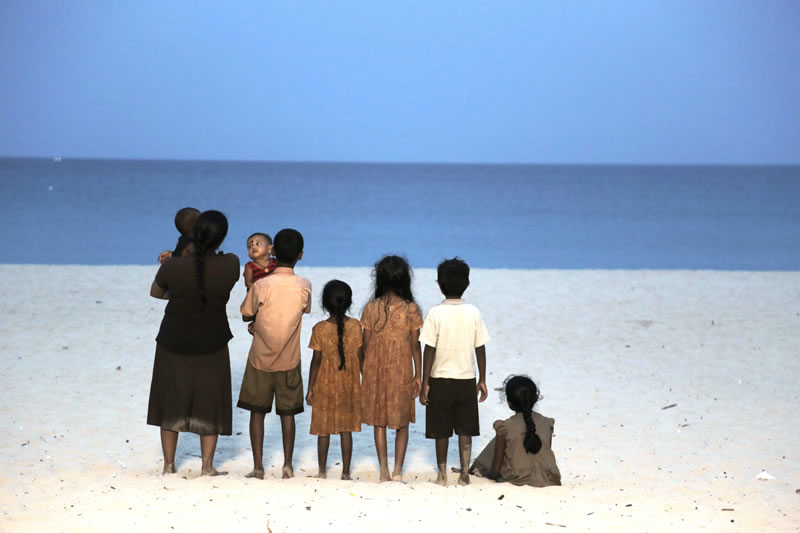 The long-awaited second film by director, Sanjeeva PUSHPAKUMA, following "Flying Fish" which screened at TOKYO FILMeX 2011. The film is set in a village during Sri Lanka's civil war in 1989. Ordinary housewife, Kusum, is subjected to tragedy when one day her husband is suddenly taken captive by militia and murdered. To support her eight children and elderly mother-in-law, Kusum goes into town to start working, but what awaits her is extraordinary hardship.... Having actually experienced the civil war years, PUSHPAKUMA's anger toward violence and female discrimination is bluntly expressed in this tour de force. The film attained cooperation from the Cannes Film Festival's Residence Programme, the Jerusalem International Film Lab, among others and world premiered in the New Currents section of the Busan International Film Festival. 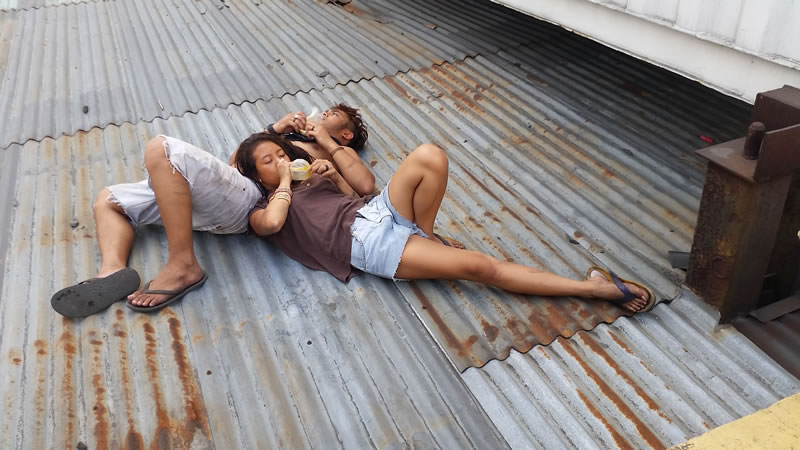 16-year-old Jane and her boyfriend, Aries, live on the streets of Manila. Making their livelihood primarily from pickpocketing, their lives are completely changed when Jane becomes pregnant. However, less than a month after their child is born, someone kidnaps the baby. The two do whatever it takes to get their child back.... The kidnapping of the lead characters' child in Eduardo ROY Jr.'s third feature film acts as an intermediary for vividly depicting Manila's intricate streetscapes and the street children who dwell within them. Upon winning a total of five awards, including Best Film, at the Cinemalaya Independent Film Festival, gateway to success for the Philippine independent film scene, the film was selected for the Venice Film Festival's Venice Days section where it won the Audience Award.

The Road to Mandalay 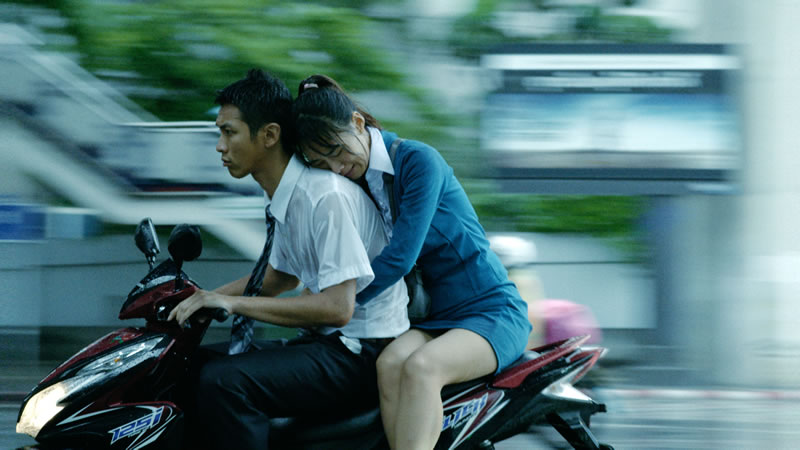 The fourth theatrical feature film by Myanmar-born Midi Z, who is currently based in Taiwan. While Lianqing is illegally crossing the border from Myanmar into Thailand, she becomes acquainted with Guo, who is also trying to cross the border. Lianqing gets a job washing dishes in a Bangkok restaurant, but daily life proves more difficult than expected. When the restaurant is investigated by police, she turns to Guo, who has taken a job at a spinning mill on the city's outskirts where she begins working. Lianqing's ultimate goal is to acquire a forged passport and immigrate to Taiwan, but Guo has other plans.... Kai KO, the Taiwanese star who appeared in "You are the Apple of My Eye" plays Guo. The film was screened in the Venice Days section of the Venice Film Festival.

Knife in the Clear Water ★ 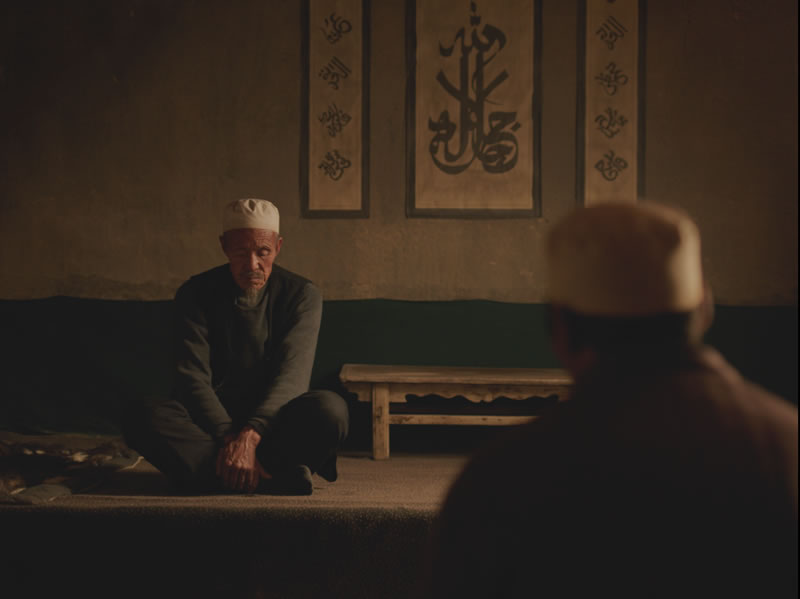 In a village in the Hui Autonomous Region of Ningxia Province, northwest China, the wife of an elderly man dies. In accordance with Islamic custom, a memorial service is to be held 40 days after the funeral, during which a cow must be slaughtered. The elderly man’s son suggests that an old cow owned by their family be killed, but the elderly man is hesitant to end the life of the creature he has raised like his own child... The directorial debut of WANG Xue-bo, producer of Pema Tseden’s TOKYO FILMeX 2015 Grand Prize winner “Tharlo,” is a story of the relationship between a man and his cow, and a tranquil portrait of the lifestyle of the Muslim Hui people. While short on words, it is a deeply moving cinematic experience. Screened in the Busan International Film Festival’s New Currents section. 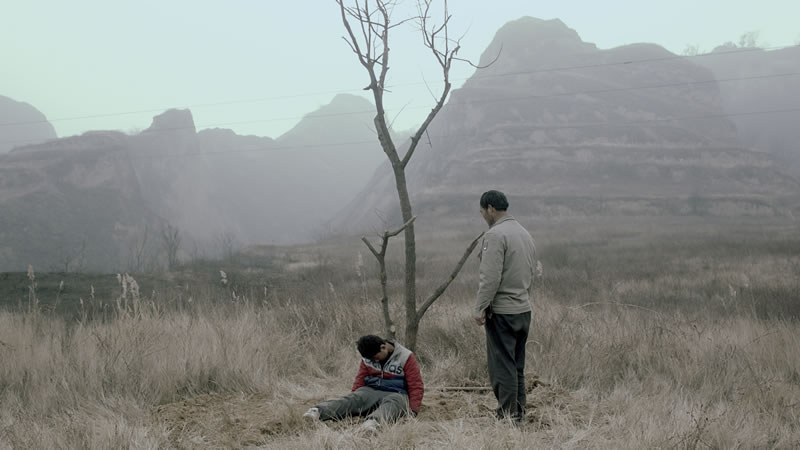 The setting is a mountain village in Shanxi Province, China. The film begins with the premise that the soul of Xiuying, a woman who died several years previously, has possessed the body of her son Leilei. In his guise, Xiuying conveys a wish to Leilei’s father, her former husband. She wants him to uproot a tree they planted to commemorate their marriage, and move it to another place... The directorial debut of ZHANG Han-yi could be described as a kind of ghost story. Several strange incidents occur in the course of the film, but they are intriguingly depicted not as bizarre, but extremely normal. The latest work from Wings Project, for which JIA Zhang-ke produces films by up-and-coming directors. Screened in the Berlin International Film Festival’s Forum section. 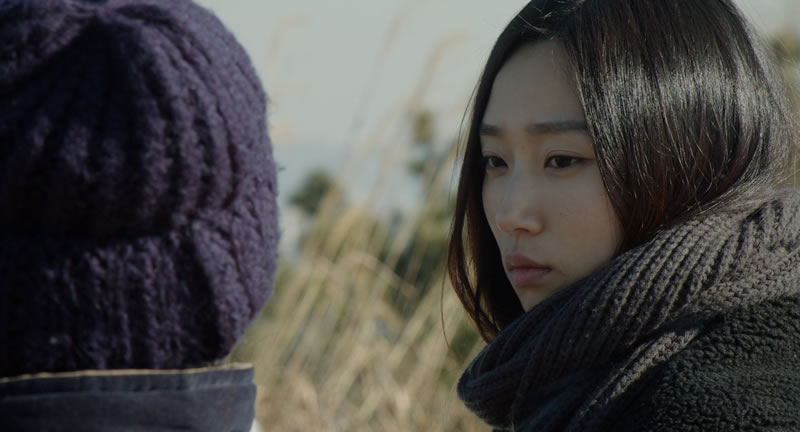 Fine arts graduate student Yoon-ju enters a store seeking materials for her graduation project, and meets Ji-soo. After bumping into each other again at a convenience store, they start going out. Eventually, Yoon-ju becomes completely besotted with Ji-Soo, and discovers emotions she never felt in her relationships with men... LEE Hyun-ju’s feature directorial debut, a graduation project for the Korean Academy of Film Arts (KAFA), is an unembellished and unflinching portrayal of a love story that unfolds between two women. The artistry it employs in superbly capturing the subtle emotional fluctuations of its two protagonists offers ample proof of LEE’s talent. Grand Prize winner in the Jeonju International Film Festival’s Korean Competition. Also screened at the San Sebastian International Film Festival.

The World of Us ★

Sun, a 10-year-old girl, wants to make friends but isn’t good at interacting with others, and frequently finds herself left out of her peer group at school. Then she meets Ji-a, a girl her age who moves in nearby during the summer holidays. As they visit each other’s homes, they gradually grow closer. However, as the new school term approaches, differences in their home environments cast a shadow over their friendship. Sun’s father is an alcoholic, and her mother works outside of their home, so she has to take care of her younger brother in her absence. Meanwhile, Ji-a’s home life may seem more fortunate from the outside, but she has problems of her own to deal with... This directorial debut by YOON Ga-eun leaves an indelible impression with its vivid depiction of the expressiveness of children. Its understated inclusion of social issues is also remarkable. Screened in the Berlin International Film Festival’s Generation section. 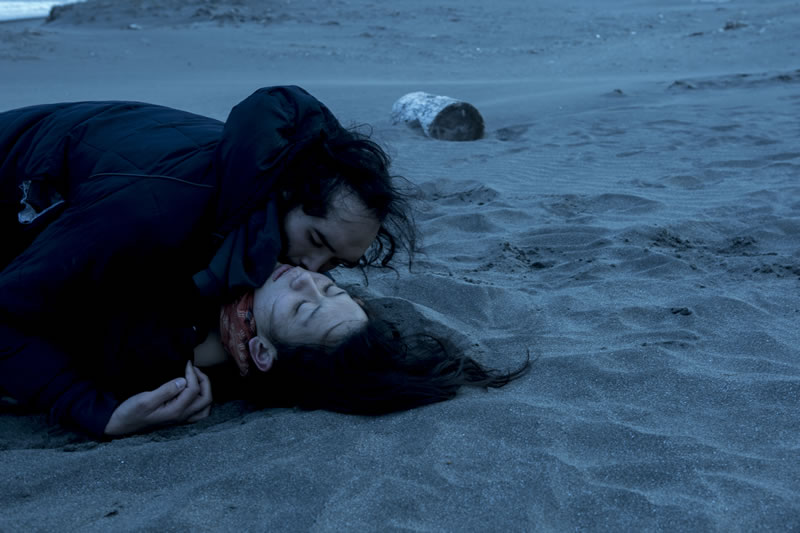 Noboru, who lives in a forest on the outskirts of Tokyo, spends his days writing calligraphy inspired by his resentments toward various people, and sticking them onto his tent. One day, he meets a woman named Kifuyu who is being forced to participate in a honey trap scam, and abducts her with the intention of saving her from her predicament. Noboru demands a ransom from Kifuyu’s boyfriend Shigehisa, but he does not comply. Fearing abandonment, Kifuyu returns to Shigehisa, but when she sees him using another woman in his honey trap scam, she flies into a rage and stabs him. Noboru witnesses this and falsely tells Kifuyu that Shigehisa has died, then plots an escape from Japan with her... The latest film from UCHIDA Nobuteru, whose “Love Addiction” won the TOKYO FILMeX Grand Prize in 2010. This powerful work explores UCHIDA’s common theme of dependence on others, to an extreme extent. 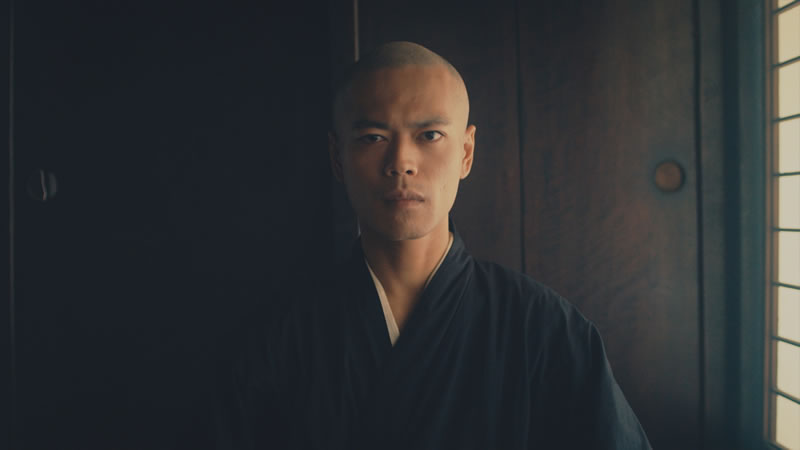 Ninko, a sober and honest trainee monk, has a problem: for some reason, women of all ages find him to be irresistibly attractive. The constant temptation is almost driving him insane, so he sets off on a journey to rediscover himself. During his travels, he meets a masterless samurai named Kanzo, and they arrive together at a desolate village where they are asked by the village headman to put down a supernatural creature called a “yama onna” (mountain woman) that drains men of their vigor. And so, Ninko and Kanzo head into the mountains... A fantastic and skillfully edited “yokai" (traditional Japanese monsters) tale that intersperses animation and visual effects to great effect. Four years in the making, this is the feature debut of NIWATSUKINO Norihiro, a freelance director who has worked in a variety of genres.