With a confident cinematic style that embraces brilliant mise-en-scène, the exploration of an individual's resistance against a giant web of moral control gradually transforms into the depiction of the disturbing perversity of power structure - a theme that is urgent and universal. 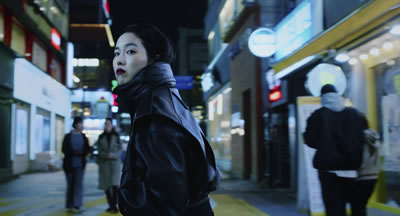 Where do we come from and where do we go? The search for identity and origin leads to a distinctively attractive cultural and cinematic journey that opens up questions, possibilities, and new perspectives. 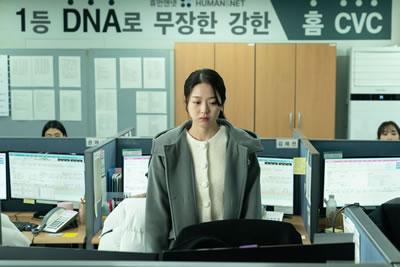 In a ruthless world driven by corporate culture and capitalist quests for efficiency and financial achievement, the thoughtful reflection on how lives and other values are sacrificed sheds a light on the mechanism of human exploitation.


An artistic and poetic blend of realism and imagination, the film's metaphorical representations articulate man's futile struggle against corruption and the perils of globalization. 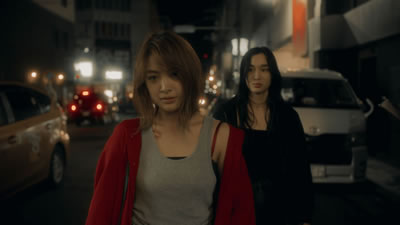 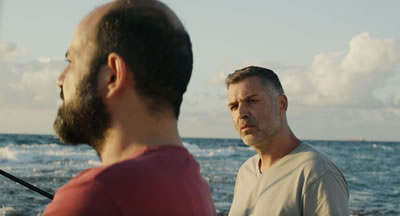 From the film, we felt a sense of gentleness that hugged their identities.
Sense of a distinct despair in the midst of the humour.
The film depicted a man living in a dark society, and the expansion of the world continues beyond the film, even the life beyond that.

For her energetic delivery and the originality of a project that blends socially relevant issue with a novel take on the musical and horror genre, the Talents Tokyo Award goes to Son Heui Song for the project FORTE.

～The winning film’s director /producer will receive 300,000yen from the organizers

This year’s TOKYO FILMeX Competition will present 9 new films by the best emerging filmmakers in Asia. The Jury that consists of four international film professionals will judge the films in this program, and the following prizes will be announced at the award ceremony in the evening of November 5th.

All films in this section will screen with English subtitles.（★＝Feature film directorial debut） 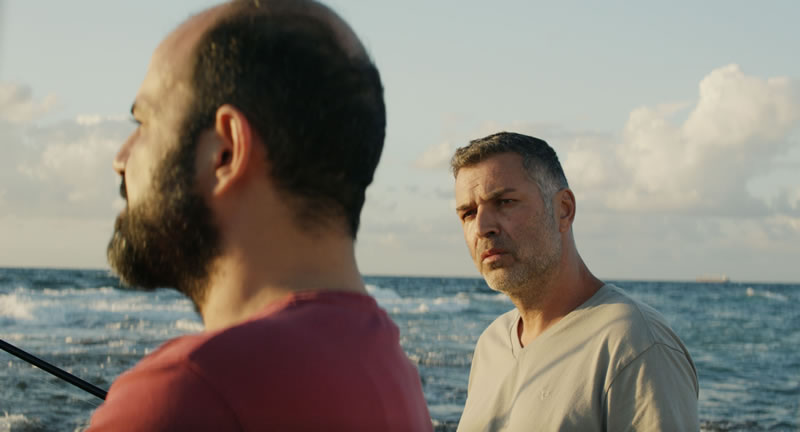 Waleed is an aspiring novelist living in Haifa with his wife and children. A victim to chronic depression, he has also recently quit his bank job to follow his dreams. His new neighbor Jalal repulses him at first, but when he learns of his ties to the underworld he begins following him around as research for his newest novel. The second feature film from Palestinian director Maha HAJ, art director on Elia SULEIMAN’s “The Time That Remains,” who made her feature film debut with “Personal Affairs” (2016), which showed in the Un Certain Regard section at the 2016 Cannes Film Festival. An irony-laden portrait of the unexpected friendship of two middle-aged men, with the central question of Palestinian identity under occupation always in the background. Like its predecessor, this film had its premiere in the Cannes Film Festival’s Un Certain Regard section, winning the 2022 award for best screenplay.

Maher works as a bricklayer in northern Sudan, in an area near the Merowe Dam, a hydroelectric dam on the Nile River. By day, he makes bricks out of water and mud from the Nile, while after dark he creeps out to a secluded spot in the desert where he is building a mysterious structure out of mud. As the protest movement against dictator Omar al-Bashir begins to gain steam, Maher’s creation starts to take on a life of its own... The debut feature film of Ali CHERRI, a Lebanese visual artist who has directed a number of short films. As the story of Maher and his fellow workers unfolds on the banks of a river spanned by a massive destructive dam, this work of realism gradually crosses over into the supernatural. In constructing this giant mud idol, Maher is restoring their mythical roots in the land. A captivating fable of construction and destruction that is clearly a response to the growing political instability in Sudan, with much left to the audience's interpretation. 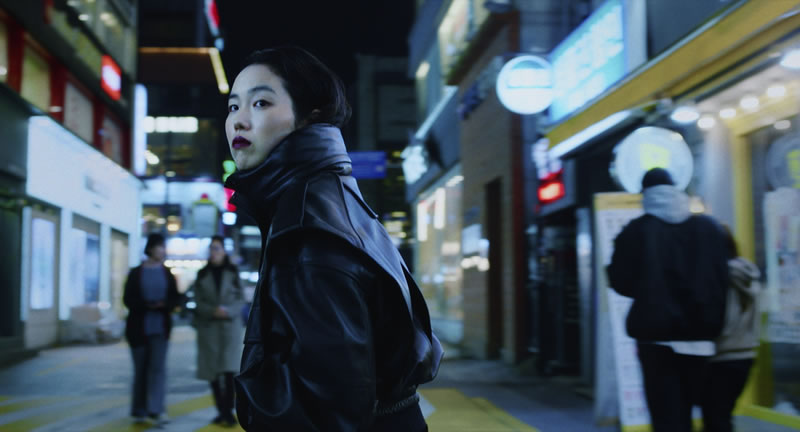 Born in Korea and raised by her adoptive parents in France, 25-year-old Frédérique Benoît, known as Freddie, lands in Korea for the first time after a typhoon causes a rerouting. With the help of her new friend/hotel worker named Tena, Freddie impulsively begins to search for her biological parents in a country where she doesn't speak the language and knows almost nothing. She then succeeds in meeting her real father, although her mother remains a mystery.... This is the second fiction feature film following “Diamond Island" (2016) by director Davy CHOU, who was born in France to Cambodian parents. The film follows Freddie's fascinating metamorphosis over the course of several years as she follows her own natural rhythm along a winding road, always heading in unknown directions. Elegantly shot and edited, with effective use of music in clubs and other settings, Freddie's very presence in the moment comes strongly to us, the viewers. The film had its world premiere in the Un Certain Regard section at the 75th Cannes Film Festival.

The 18-year-old Rakib has inherited his father's job as the caretaker of a rural mansion when the landlord Purna returns suddenly. A general, retired yet still holding immense influence, Purna announces his candidacy for mayor and Rakib ends up not only assisting him personally but also helping him with his campaign, in which he promises to bring “modernization” and “development” to the area. Things take a turn when the campaign suffers minor vandalism and Rakib promises to seek out the culprit. The first feature-length film from Makbul MUBARAK, inspired by his own boyhood experience living under the oppressive military dictatorship that lasted over thirty years from the 1960s onwards, this is an allegory about the recent history of Indonesia in all its violence and deceit, told through the story of one young man seeking both a purpose in life and approval from his father—or father figure. This film had its world premiere in the Orizzonti section of the 2022 Venice International Film Festival.

Arnold is a Model Student ★ 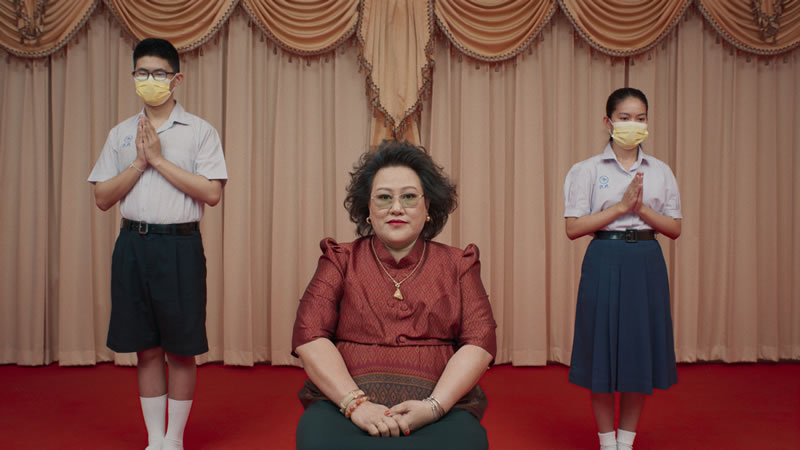 Arnold, winner of both the gold medal at the International Mathematics Olympiad and the “Model Student” award at his school. One day he meets Mr. Bee, who runs an underground business helping students to cheat on their college entrance exams, and ends up joining him in his racket. At the same time, many of his classmates have started to protest, in frustration with the school’s contempt for their freedom. The feature film debut of Sorayos PRAPAPAN, who began his career as production assistant on Apichatpong WEERASETHAKUL’s “Uncle Boonmee Who Can Recall His Past Lives” (2010) and went on to direct many short films while working mainly as a sound engineer. An entertaining film full of witty humor and sarcasm with an undercurrent of quiet anger, the script went through major revisions in light of the “Bad Student” protest movement by high school students that actually occurred in Thailand in 2020. The manner in which PRAPAPAN has the film skillfully shifting between cynicism and sincerity is brilliant. Had its world premiere in the Concorso Cineasti del presente section for emerging directors at the 2022 Locarno Film Festival. 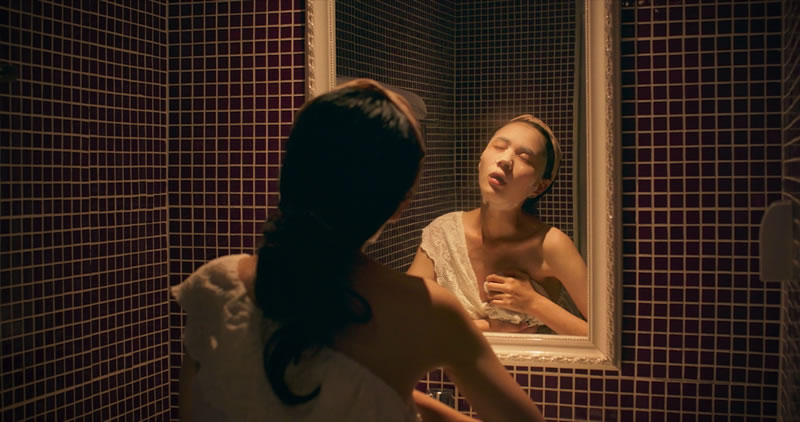 Lynn, a 20-year-old attending a vocational school to become a flight attendant finds herself pregnant. In between different expectations, not wishing to have a child soon or having an abortion, Lynn comes up with a plan to rescue her parents who owns a local clinic but is involved in a stillbirth medical malpractice lawsuit. In exchange for financial compensation, she provides her baby and tentatively makes an agreement with the plaintiff’s family. She lies to her boyfriend that she had an abortion, and continues her pregnancy with her parents… This is the third film co-directed by a couple and film production team HUANG Ji, and OTSUKA Ryuji. This is also the third film for YAO Honggui to star in HUANG Ji’s works after “Egg and Stone” (2012). In addition to the humane character development, OTSUKA's observational camerawork is brilliant, revealing the reality of limited options for vulnerable women in China, which has become the Asian superstate. The film had its world premiere in the Venice Days section at the 79th Venice International Film Festival.

The Apartment with Two Women ★ 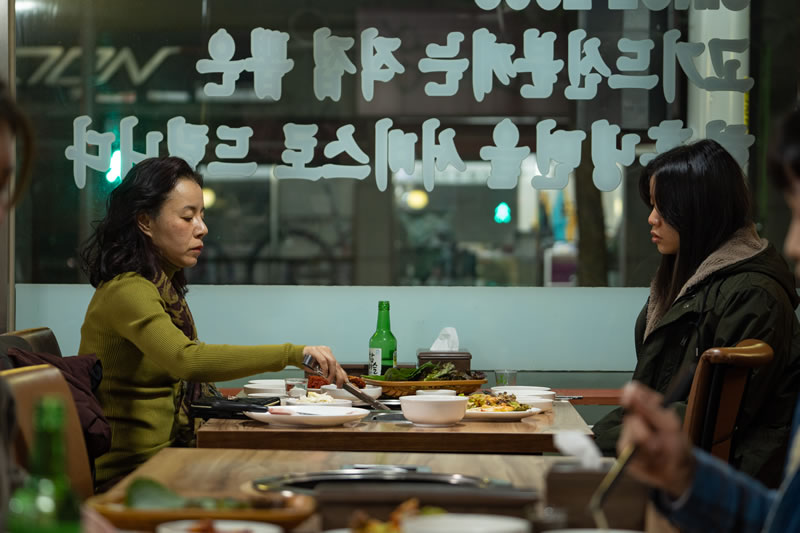 Su-kyung lives in a small apartment with Yi-jung, her daughter in her twenties. The oppressive and cruel way Su-kyung treats her daughter clearly appears to be over the top, but even the patient Yi-jung is unable to hide her accumulated resentment toward her mother. One day, during a fight in the parking lot, things get even worse when Su-kyung gets in her car and hits Yi-jung unprotected. Su-kyung insists it was an accident, but Yi-jung is furious and decides to take the matter to court... The film premiered and won the New Currents Award at the Busan International Film Festival in October 2021 and has since been introduced at many international film festivals, including Berlin. This is the surprising feature film debut of director KIM Se-in. At first glance, the film appears to be a story of abuse, but as the story progresses, it gradually becomes clear that the intimate relationship between these two women, which is never desirable, encompasses much more than the word codependence can capture. The attention to detail and the direction of letting the images speak for themselves at the right moment are also superb. 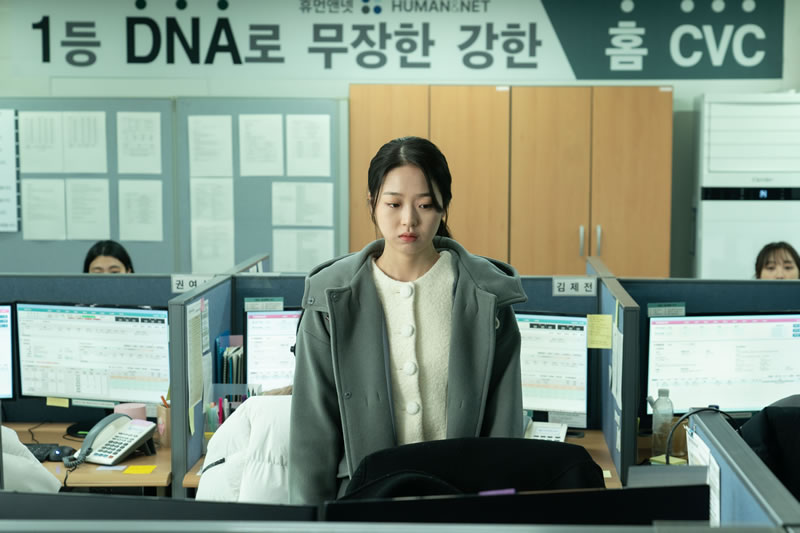 Sohee, a high school student living in Jeonju, was initially excited when she was offered a job at a call center that services Internet providers. However, the harsh realities of the workplace and the pressure from the school that offered her the job, in addition to the death of her direct supervisor, begin to push her over the edge has finally led her to take her own life. The investigation into her death is then assigned to detective Yoo-jin, who also has some acquaintance with Sohee. At first, Yoo-jin approaches the case with a typical process of an unfortunate suicide, but the more she comes face to face with the facts, she can no longer turn away from the irrationality... Inspired by a real-life event of a teen suicide in 2016 South Korea, this film is the second feature by July JUNG following "A Girl at My Door" (2014). JUNG's unpretentious but solid and tenacious direction draws the best, most complex, and powerful performances from KIM Si-eun and BAE Doona, who play the two main characters, as they lead us through a gradual revelation of workplace exploitation and the cycle that perpetuates it. Closing film of the Critics' Week at the 75th Cannes Film Festival. 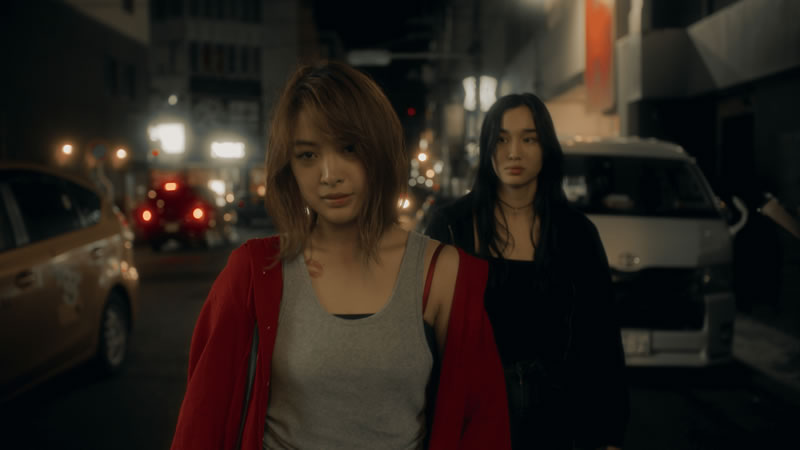 Seventeen-year-old Aoi lives in Koza, Okinawa with her husband and young son. Leaving her son with her grandmother, Aoi works until the wee hours at a hostess club with her best friend Mio—it is left to Aoi to scrape by for her family and make ends meet, as her frequently violent husband has no serious intention of working. Sadly he discovers her secret earnings stash one day after beating her up badly during an argument. What can she do now that her face is swollen and scarred, and she can no longer work at the hostess club? Reluctantly, she takes refuge with her mother-and-law to look for another job to support her family. Depicts a young mother's daily experience of violence as she tries to find her footing, struggling between dependence and independence. The third feature film from director KUDO Masaaki, whose sure hand can be felt in this meticulous depiction of the true nature of the cycles of poverty in Okinawa, and the complex human portrait of a woman trapped within them. This film had its world premiere in competition at the 2022 Karlovy Vary International Film Festival.