International Forum “The Present and Future of Film Criticism”

In last year’s international symposium “The ‘Bright Future of Cinema’ From Asia,” Tony RAYNS expressed his concerns regarding the state of contemporary film criticism. This year, we invite eminent film critics from Japan and abroad to examine film criticism in Asia today, and explore a new style of film criticism for the year 2020 and beyond. 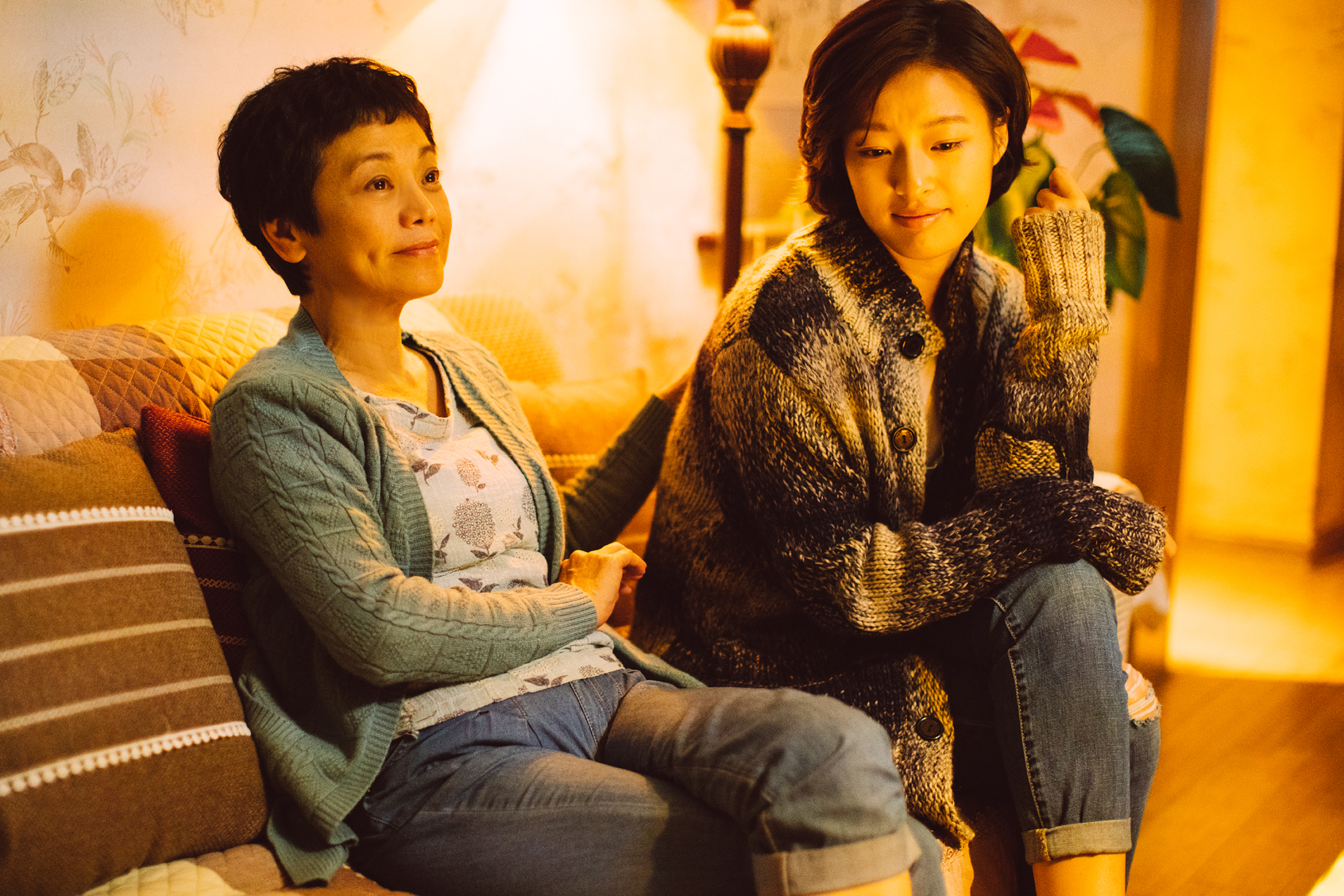 Entries has closed because attendance limit was reached. Thank you! Let’s enjoy animation in English and Japanese!
Try making your own, using an app.
Everyone is welcome to join in!

Open To: Elementary, junior high, and high school students, their parents and caregivers, and everyone else!

Entries has closed because attendance limit was reached. Thank you!

This screening, featuring Japanese films with English subtitles, is an event that Japanese and foreigners of all ages can enjoy.
Why does animation make inanimate objects look like they’re alive?
Try making a simple stop-motion animation using an app! 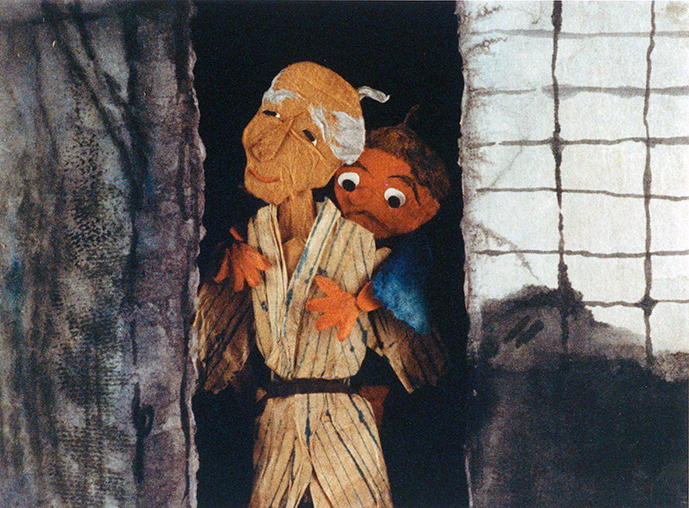 Cowardly Mameta lives with his grandfather on a mountain. He is so scared of the Mochimochi tree in front of his house, he can’t go to the toilet alone when it gets late. One night, Mameta’s grandfather suddenly begins to suffer from some kind of illness, so he sets off to find a doctor… A bedridden elderly woman helps a hungry fox called Okon. In thanks, Okon sings a joruri song that restores the elderly woman’s health. The two join forces to cure other villagers of their sicknesses. Eventually, their lord hears of their exploits, and summons them to his castle…

The loving generosity of Okon and the elderly woman is brought to life through stop-motion animation, using papier mache, clay figures, and more. 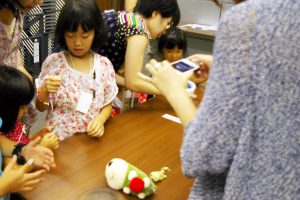 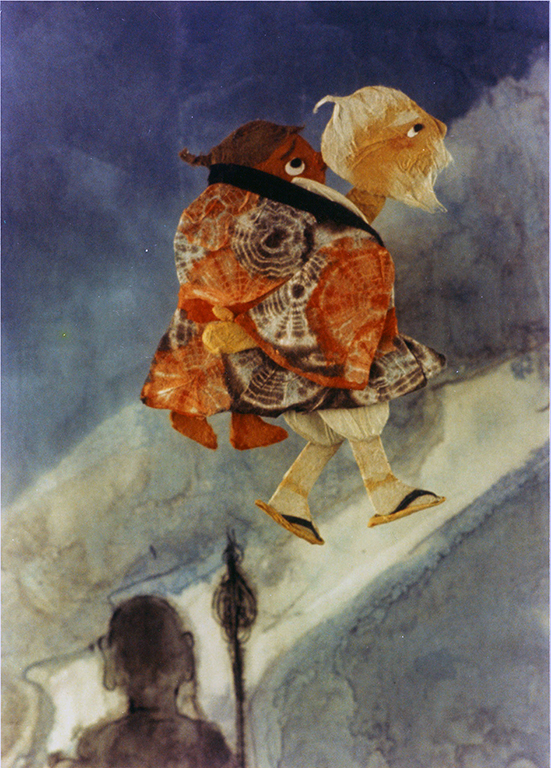 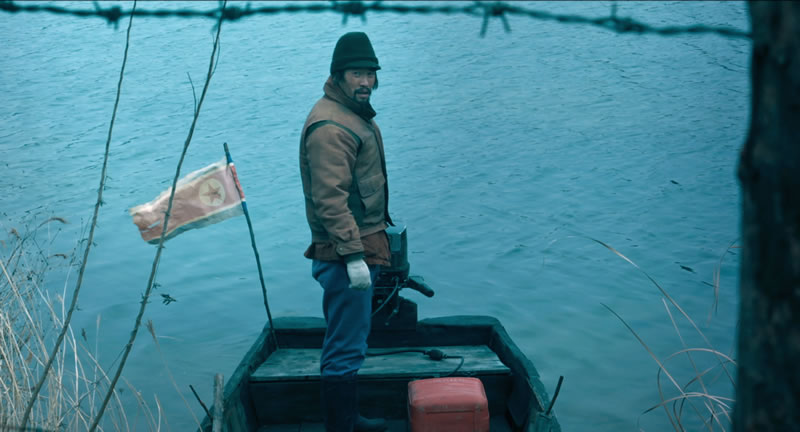 The opening film for the festival will be “The Net” by KIM Ki-duk, and the closing film will be “Trivisa” produced by Johnnie TO. New films by directors close to TOKYO FILMeX such as Amir NADERI, Rithy PANH and WANG Bing will be presented. In FILMeX Classics, masterpieces of film history and films thought to be long lost will be screened after digital remastering. In the competition section, fresh faces will be presented with 6 out of 10 films being directorial feature debuts. Special screenings will focus on 2 Israeli films which gained acclaim in the Cannes and Venice film festival.
Please be careful, as the ticket system for this year has changed.
Stay in tune, as we will also be trying new ideas such as Filmarks Award and Under 25 Discount.

The film festival will be held on Nov. 19 (Sat) ~ Nov. 27 (Sun) at Yurakucho Asahi Hall and Toho Cinemas Nichigeki. 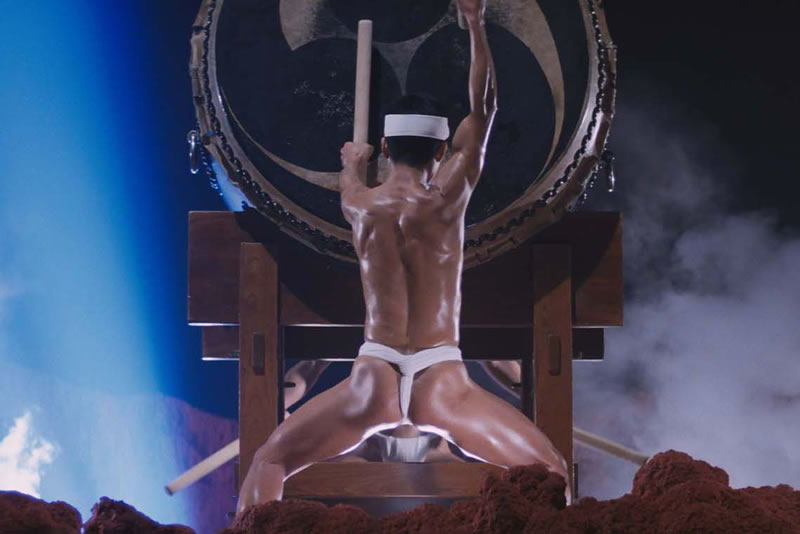 “The Ondekoza” is the last and extraordinary documentary of KATO Tai (1916-1985), who would have turned 100 in 2016. This film, which has been considered unobtainable because of its lack of public screening, is about the young people of “Ondekoza”, a group that continues to play the Japanese drums in Sadogashima. The film took two year to make and when it was finished, the director said, “This is the first film ever where I was able to do everything as I thought.”

With “Tai Kato Restrospective at his Centenary” held at The National Museum of Modern Art, Tokyo (until Sept. 4), do not miss the chance to watch “The Ondekoza”, a film with a growing hype of returning acclamation.

We are deeply saddened to learn that Filipino filmmaker Francis Xavier PASION passed away on March 6th, 2016, aged 38. CROCODILE (BWAYA), his third feature film, was shown at TOKYO FILMeX 2014 in Competition, and was awarded the Grand Prize.

“Jay” (2008)
“Sampaguita, National Flower” (2010)
“Crocodile” (2014) TOKYO FILMeX 2014 Grand Prize
We would like to express our sincere condolences on the untimely death of Francis.
TOKYO FILMeX 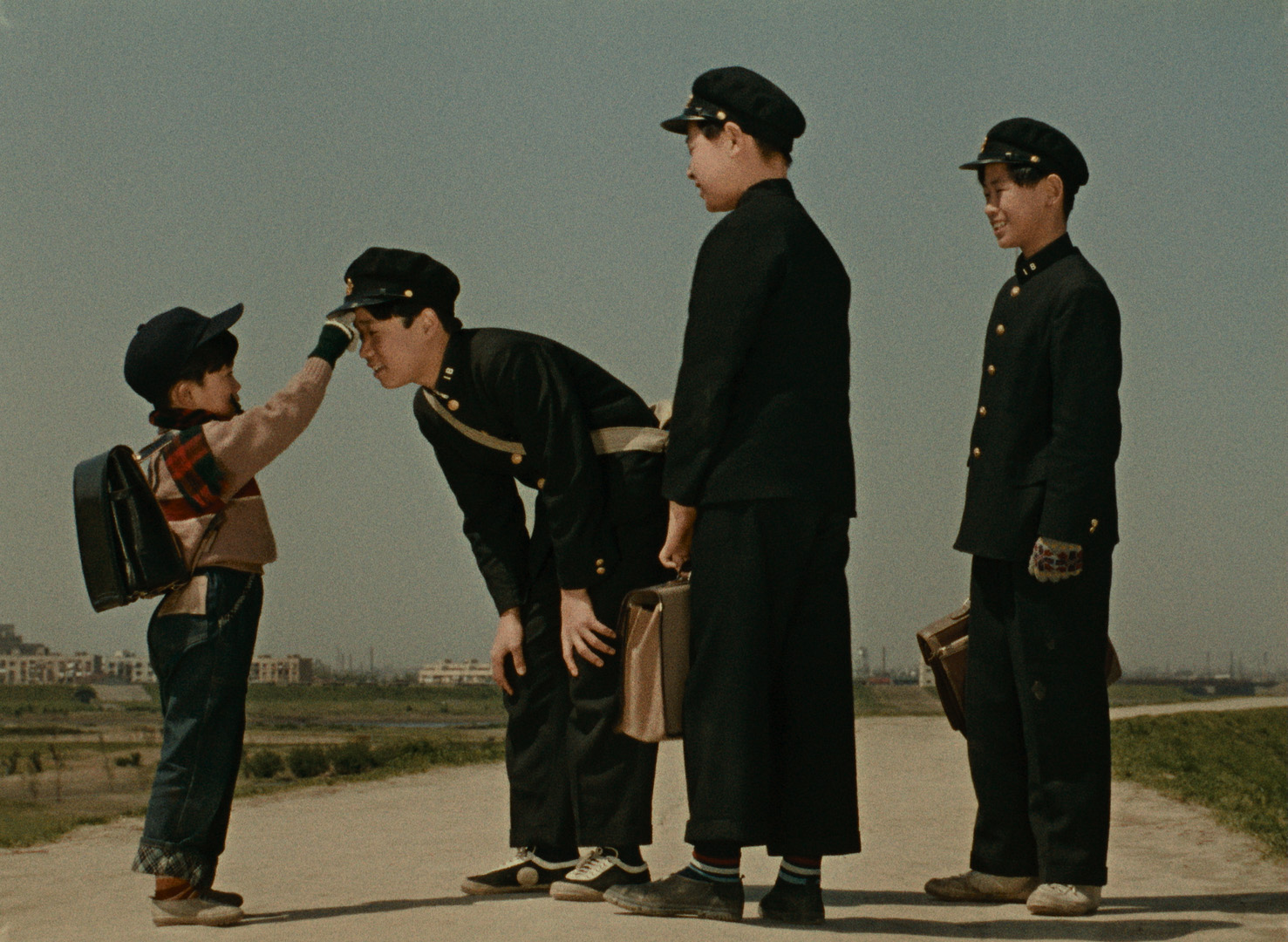 Travel back in time to old Japan!
Let’s enjoy a movie in English and Japanese!

Date/Time:    February 2nd (Tue), 2016    4:00pm-6:15pm
Open To:      Elementary, junior high, and high school students, their parents and caregivers, and everyone else!
(Priority will be given to students from international schools, and public and private schools.)

Attendance Limits:
1 & 2:    600 participants (no applications necessary, entry granted on first-come basis)
3:        50 participants (applications must be made in advance for parents and children, entries will close when attendance limit is reached)

To apply to participate in the mini-game, please fill in the online form at the link below.
https://goo.gl/15TqEr

Films are like time machines that can take us on journeys beyond time and national borders.
This screening, featuring a classic Japanese film with English subtitles, is an event that Japanese and foreigners of all ages can enjoy.
What’s more, in our simple mini-game, you can have a fun time trying to speak without using words! 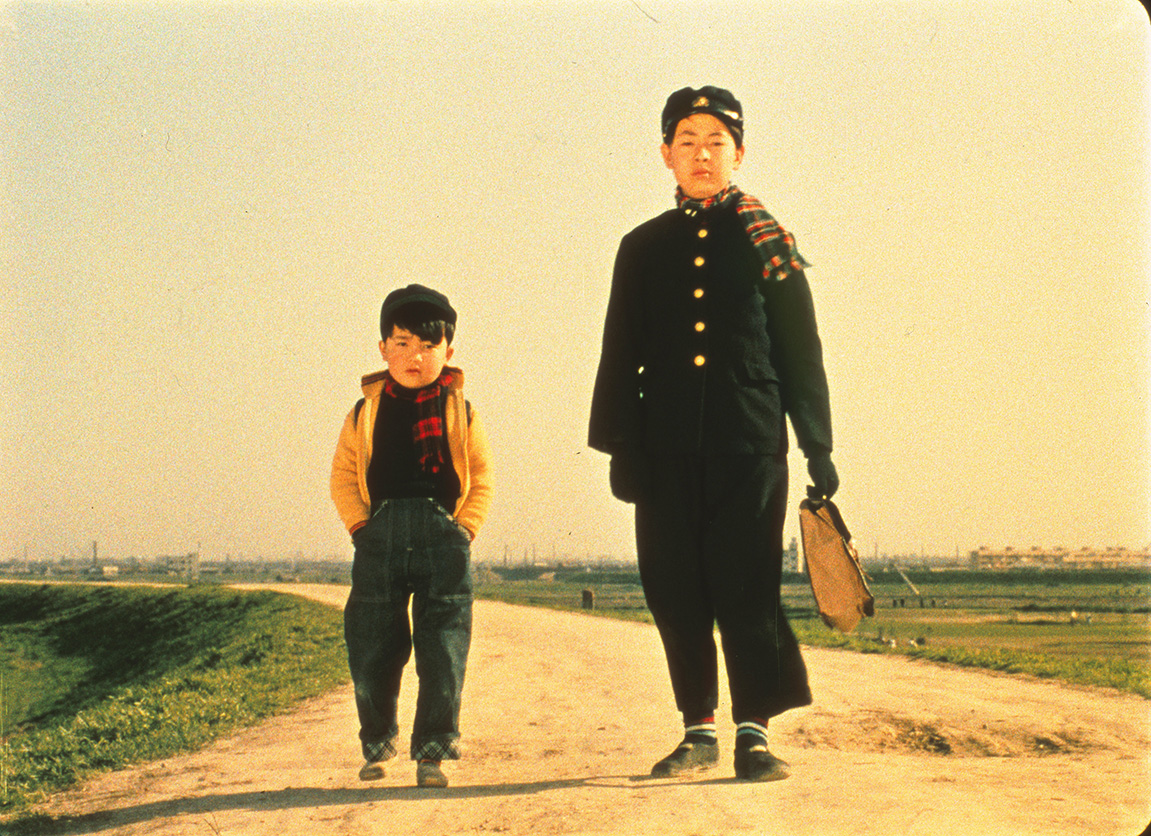 In an ordinary neighborhood in Tokyo, two things are very popular with local kids: a farting game, and television. They all look forward to gathering together after school at a friend’s house to watch sumo wrestling matches, instead of doing their homework.
Two brothers, Minoru and Isamu, ask their father to buy them a television set too, but he says no. The boys decide to go on a “silence strike,” in which they don’t speak to anyone at home, in their neighborhood, or at school. Before long, they run away from home, and make everyone else worry about them. Eventually, they return home, but what is waiting for them there?
See what it was like to be a kid in Japan in the Showa period! 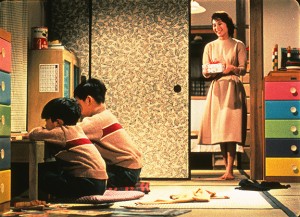 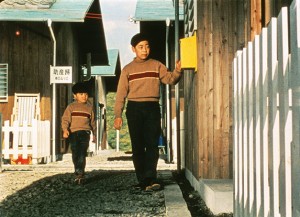 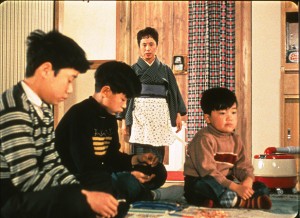 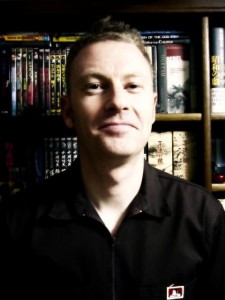 Don Brown
Japanese film translator. Born in New Zealand. Moved to Japan in 1999, and worked at the Kawachinagano City Office in Osaka and the New Zealand Embassy in Tokyo before becoming a freelance film translator in 2010. Creator of English subtitles for many Japanese films, including Ozu’s “Late Spring” and “Early Summer,” Yamada Yoji’s “The Little House” and “Nagasaki: Memories of My Son,” “Neko Samurai – A Tropical Adventure,” and “Tokyo Tribe.” Also translates scripts for films in development, as well as handling catalog translation plus MC-ing and interpreting duties for film festivals in Japan. Writes “One Take on Japanese Cinema,” a twice-monthly column for the Asahi Shimbun’s English language website AJW.
http://www.donbrown.jp

Let’s explore the world of Japanese film with Don, in English and Japanese!

What is “Eiga no Jikan”?
“Eiga no Jikan” is a film workshop for children, organized by international film festival TOKYO FILMeX since 2008. See the festival website for reports on the nine previous workshops, which have included short film production and programs to enhance children’s enjoyment of watching films.

Total Number of films: 33 films (as of October 7th)