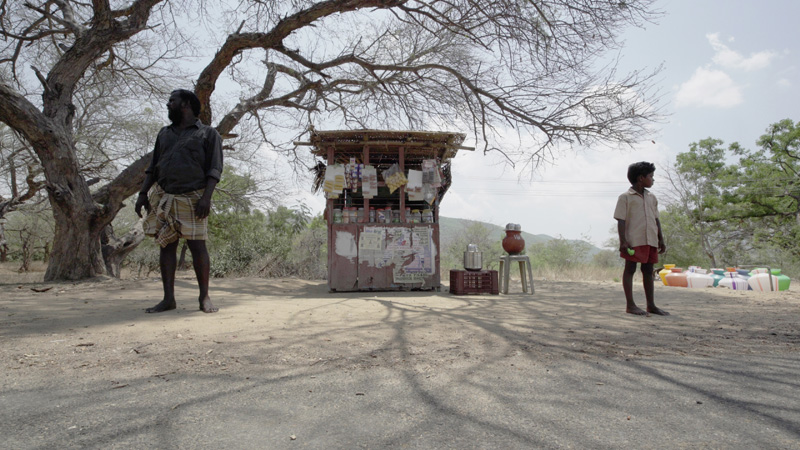 A short-tempered, alcohol-fueled man prone to violence hauls his reticent young son out of school. They catch a bus headed for his wife’s hometown village in order for the man to reclaim her after driving her out of the house. He discovers that she’s already returned to their residence and is about to board the bus back when his son takes off. Left with no means to get home, they set out into the scorching, barren wilds on foot…
Hailing from Madurai in the state of Tamil Nadu, filmmaker P.S. VINOTHRAJ makes his brilliant feature debut. Although “Pebbles” is a relatively simple tale of a father and son’s journey, the unique camerawork precisely captures the vast, dusty landscape and the people subsisting in it, while the story’s framework superbly exposes a patriarchal society in which undue burden is forced on women. Winner of the Tiger Award at the 2021 International Film Festival Rotterdam. 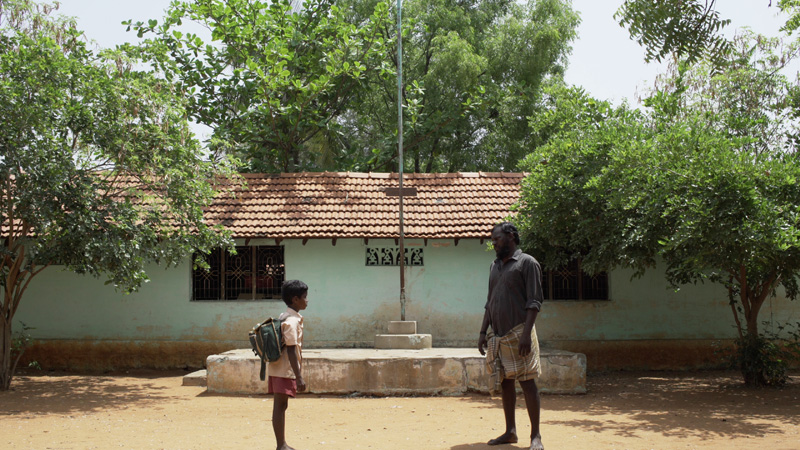 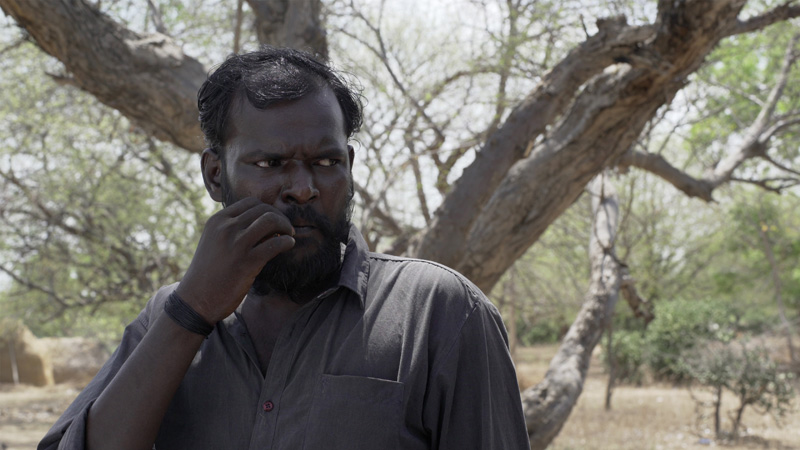 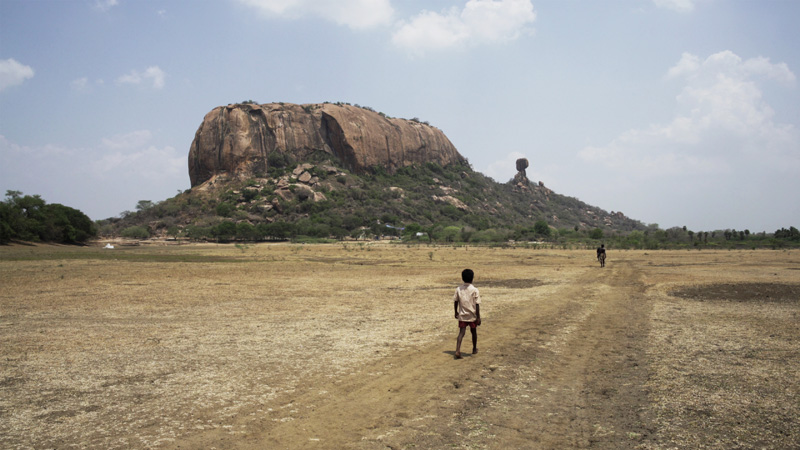 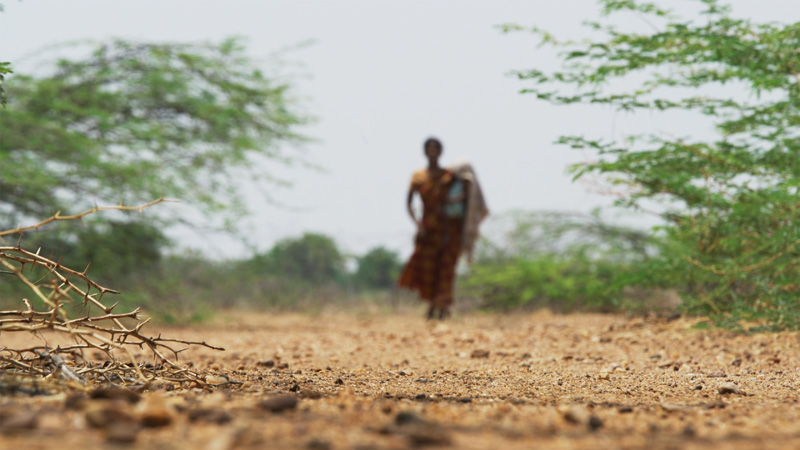 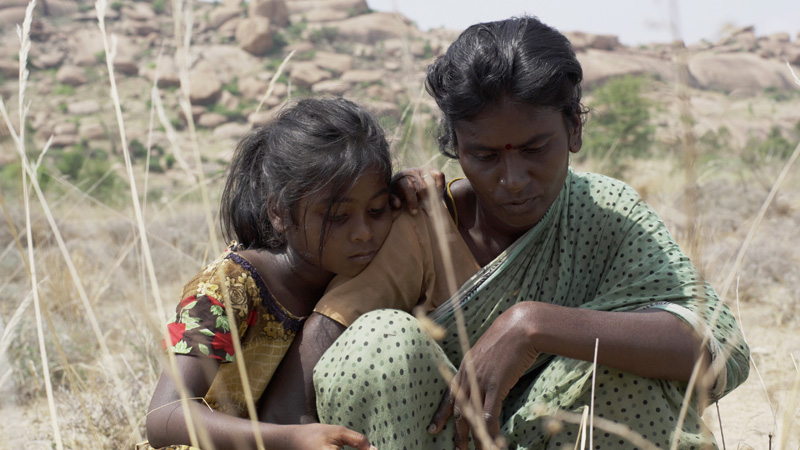 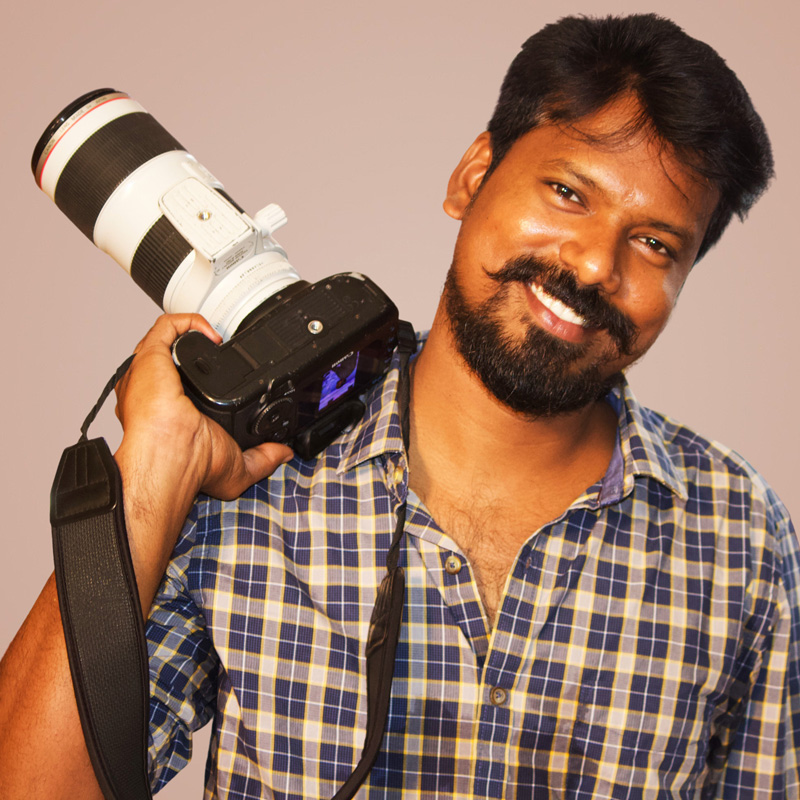